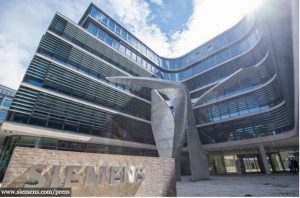 It takes a high level of trustworthiness to appear on Forbes’ first-ever Top Regarded Companies list, and German conglomerate company Siemens has a lot of it.

EandM
EandM is the West Coast Leader in Automation! We represent the best automation companies in the world including Siemens, SICK, Balluff, Red Lion, PATLITE and more. When you buy from EandM you will experience exceptional tech support, training and customer service.